Summary: if passed, this Amendment would exempt solar devices installed on homes or businesses from ad valorem taxes until the end of 2037.

As you consider how to vote, please remember that this is a 20-year Constitutional Amendment. Therefore, it’s passed, the chances of changing this particular amendment are slim. Before we change the Constitution, we should examine the amendment and make sure that it is clearly beneficial to the citizens.

Homeowners who install Solar-Electric systems already get a 30% federal tax break. This financial assistance from the federal government was introduced in 2006. Also, the State of Florida exempt “solar energy systems or any component thereof” from sales tax. Now we have the proposed amendment, a third tilting of the playing field in favor of one technology over another.

How many people this Amendment will help? A review of the US Census Fact Finder data in the table below shows that 30.3% of all Floridians live in “Renter-occupied” units. Those people will not invest in solar-electric systems. Maybe their landlords will, but they won’t.

Therefore, out of 5 million housing units, we can subtract 1.6 million for the lower-value housing units based on the table below. That leaves 3.4 million moderate to higher priced housing units as a potential target market for solar-electric systems.

However, there are about one million condominiums in Florida. Those owners are likely to be prevented or impeded from modifying or otherwise changing roofs that belong to the association. Therefore, the total possible number of housing units for solar falls to 2.4 million units, or  approximately 34% of all housing units

There’s more – many have mobile homes that are included in the housing units, but there is no itemized number for them. However, US Census data suggest that there upwards 0.8 million mobile homes in Florida. Mobile homes pay no property tax already, and would see no benefit from this amendment.

Let’s assume that half the mobile home units are owner-occupied, although the percentage is likely higher. That leaves 2 million housing units, or 28%, of homes in Florida as the beneficiaries of the proposed amendment 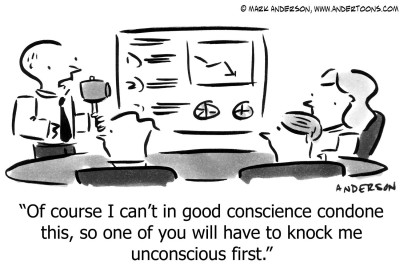 The question becomes: do we want to pass a Constitutional Amendment that benefits less than 28% of housing units in Florida? Is that fair and equitable, especially to the poor? Have no doubt: the revenue “lost” from this exemption will be made up through other taxes and fees, so we should be careful who we dole out tax exemptions to.

If passed, what will this amendment do to electricity rates? Utilities will have the same fixed costs as they sell fewer kilowatthours to consumers. That means that the rates will go up for the lower-income and lower net worth individuals who (as detailed above) who can not or will not invest in solar-electric systems.

Unfortunately, the vast majority of Floridians will be hurt if Amendment 4 is passed. The Amendment will likely increase electric rates and ad valorem taxes in the long run. This amendment is neither fair nor prudent, it lets the state pick winners and losers in a free market economy, which in turn is a recipe for more lobbying dollars and cronyism.

The above facts should not go unnoticed and I urge you to Vote NO on Amendment 4 on your August 30 ballot.

The views of guest writers are not necessarily the views of the Tampa Bay Guardian. As always, the Guardian provides the information, but the readers decide.