The parcel of land that the Clearwater Beach Recreation Center and Library is built on doesn’t belong to the city. That’s just one of the momentous findings in a ruling issued by Pinellas circuit judge Keith Meyer late yesterday.

The case was an “action to quiet title” brought against the State of Florida by a company called by Bayesplanade.com LLC. The company is owned by 30-year Clearwater Beach resident Bill Blackwood, who surveyed his title to establish its boundaries. The state agreed with Blackwood’s survey, and so did the judge. The city will have a steep legal hill to climb if it has a different opinion.

“The state and my company arrived at an amicable settlement based on accurate title information, which also secures public navigation rights in Mandalay channel ” said Blackwood. “It’s all captured in the certified survey that’s in the final judgment.”

“Despite the city’s actions to date, my desire is to achieve an amicable resolution in the public interest, just like I did with the state,” Blackwood continued. “I remain receptive to the city’s proposal for how to proceed.”

Blackwood may have been referring to city’s efforts to prevent Blackwood from building a mooring field. In that case, the city lost a legal challenge they brought. Had they not fought Blackwood on that issue, the issue of who owns the land under the recreation center likely would not have arisen.

As North Carolina YouTube personalities and sisters “Diamond and Silk” are fond of saying – “don’t start none, won’t be none!”

Yesterday’s ruling also firmly established Blackwood’s ownership of the submerged land where he wants to build the mooring field. 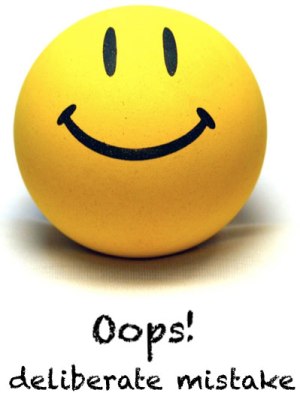 This is the second major finding in which the city is told that land it “thought” it owned in fact did not belong to it. The Guardian reported last June how the city leased out submerged land it doesn’t own to a luxury resort so that it could build a marina.

The city has yet to end that lease, nor has the state taken action, despite both the city and the state knowing about the unlawful lease since 2015. It appears that the city’s approach is to simply declare that it owns certain land rather than to actually survey its titles.

“The state and I agreed on the boundaries of its deed 17451 issues in 1926,” Blackwood said. “The city refuses to accept the surveyed title facts that the state accepted, and that should concern taxpayers and good government advocates alike.”

Of concern is also whether the city is simply error-prone, or deliberately creating fraudulent documents. For example, this 2011 legal document involving the boat ramp just north of the rec center gives an inaccurate description of what the deed actually says.

The document also says “This is NOT a survey.” We asked city manager Bill Horne and city attorney Pam Akin when the city last surveyed its title under the deed it referenced. We asked if these were just mistakes by city staff, or deliberate fraud. What will the city do if Blackwood applies for a demolition permit for the recreation center?

By the time of publication, we had received no response to these and other questions from either Horne or Akin. Mayor George Cretekos did not return a message left with his assistant asking for comment.

“They’re bullies,” said Lisa Lanza, a community activist and retired quality systems auditor. “Only the people with the wherewithal and means to fight the city can prevail.”

Lanza is leader in a group of citizens who are particularly concerned with the city’s plans for the  downtown waterfront. Lanza says she is also concerned about the city’s selling and leasing out of public lands in general.

Yesterday’s ruling may have, or should have, tectonic financial, political and employment consequences for Clearwater city government. But will it? The Guardian will continue to report on the muddy waters in the city that claims to have clear water.

As always….the Guardian reports and our readers decide. Like our Facebook page to find out when we publish new stories