When Florida Governor Ron DeSantis was a member of Congress, he told the Palm Coast Observer in 2012 that he supports “government that is constitutionally limited to its enumerated functions.”  His recent executive order shows that he must’ve changed his mind on that point, and now favors expansive unenumerated powers for himself.

DeSantis is now using the Covid-19 emergency to invoke powers that the Legislature never granted him, just as St. Peterburg mayor Rick Kriseman last week invoked powers he doesn’t have. The evidence of DeSantis’ wrongdoing can be found in the wording of his own executive orders (EO:s).

Florida governor Ron DeSantis issued EO 20-52 on March 9th, an executive order which gave him the expanded powers he may under chapter 252 of the Florida Statutes during a declared state of emergency. However, those power are enumerated in chapter 252, and thus limited, as he himself told the Palm Coast Observer in 2012.

Not so for his next executive order. DeSantis’ EO 20-69 dealing with “local government public meetings” suspended the requirement in Florida Statutes 166.041(4) that a quorum be physically present in order to conduct a meeting.  In his EO 20-69, DeSantis simply cited the 26,000 word chapter 252 without specific reference to where in that chapter of Florida Statutes he found the power to do so.

A quorum is the minimum number of members, usually a majority, of a governing body that must be physically present at the meeting in order for a governmental body to lawfully transact the people’s business.

In his EO 20-69, DeSantis also referenced a legal opinion from Florida attorney general Ashley Moody. However, DeSantis never asked Moody to answer the question of whether the governor may suspend the requirement that a quorum be physically present, which is what his EO 20-69 does.

The question that DeSantis posed to Moody can be found in the legal opinion, and that question was:

“Whether, and to what extent, local government bodies may utilize teleconferencing and/or other technological means to convene meetings and conduct official business, while still providing public access to those meetings?”

In her opinion, Moody brought up the issue of a quorum being physically present and concluded:

“The nature, extent, and potential duration of the current emergency involving COVID-19 present unique circumstances. However, without legislative action, they do not change existing law. It is my opinion that, unless and until legislatively or judicially determined otherwise, if a quorum is required to conduct official business, local government bodies may only conduct meetings by teleconferencing or other technological means if either a statute permits a quorum to be present by means other than in-person, or the in-person requirement for constituting a quorum is lawfully suspended during the state of emergency.”

Notably, Moody did not say in her opinion that the governor has the authority to suspend the quorum requirement. That was a good move, because the governor has no authority under Florida Statutes chapter 252 to do so. The Legislature never granted him that power, not even during a declared state of emergency.

If courts later were to decide that the governor lacked the authority to suspend the quorum requirement, every decision made at such “quorumless” local government meetings will be null and void. Furthermore,  the municipalities would have to pay the legal fees of those bringing the lawsuits should those parties prevail.

Media liaisons for both the governor’s office and the attorney general’s office did not respond to our questions for this article by the deadline we provided.

Some local government seems to approve of DeSantis action in his EO 20-69. Tampa mayor Jane Castor incorporated EO 20-69 by reference in her own EO 2020-03.

Everyone has the right under the Florida Constitution (Art I, sec 24(b)) to attend meetings held by local government bodies, even and especially during a declared state of emergency.  This is because the first declared right in the state constitution is that “all political power is inherent in the people.”

With his EO on quorums at local government meetings, DeSantis is engaging in a 3-step shell game with the goal of carrying out an illegal power grab. The fact that some local government agencies are supporting him for their own bad reasons doesn’t make it any less illegal.

Governor DeSantis, a Harvard Law School graduate, knows better. He just chooses to not govern better. “Doing what is best for the community” or “doing whatever is takes to keep people safe” in violation of the law is just a nicer sounding way of justifying  capricious and and lawless authoritarian government.

What additional powers will DeSantis next imagine that he has? Perhaps he will allow state and local government to raise armies and conscript residents in to it. After all, there’s an EMERGENCY so how could any reasonable person deny them that power? 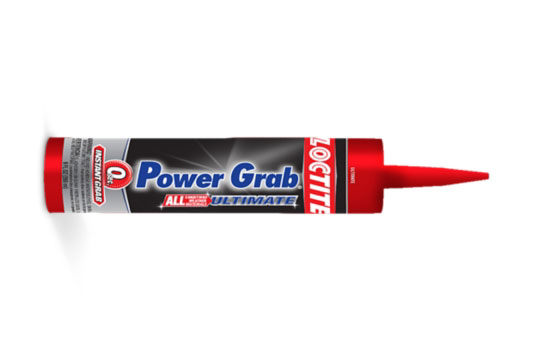