Hillsborough County Commissioner Pat Kemp, who is on the ballot, is facing almost certain disciplinary action from the Florida Bar. This after a bar complaint was filed against her last month. The issue at hand is Kemp has referred to herself as an “attorney” or a “lawyer” at least 17 times during Hillsborough county commission meetings going back to 2018 (list of instances).

However, Kemp’s status with the Florida Bar has been “inactive” since 2017, a choice she herself made.  Her inactive status makes her claims of being a “lawyer” or “attorney” punishable, and it’s no trifling matter to the Bar.  Florida Bar rules 1-3.2(b)(3) and (4) regulating professional conduct require inactive members to “affirmatively [=explicitly] represent their membership status as inactive members” and “not hold themselves out as being able to practice law in Florida or render advice on matters of Florida law.”

Kemp received this letter dated September 24th from the complaints attorney at the Florida Bar informing her of the complaint. Rule 4-8.4(g) requires that Kemp respond and to have that response in the offices of the Florida Bar by next Friday, that date being October 9th. The rule says that failure to respond “may be a matter of contempt,” which itself could lead to some form of punishment. 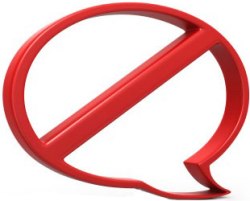 Very significantly, what is not mentioned in the Bar’s letter to Kemp is Florida Bar rule 3-7.3(a) “Screening of inquiries,” which states that the Bar would only send Kemp that letter if “the alleged conduct, if proven, would constitute a violation of the Rules Regulating The Florida Bar warranting the imposition of discipline.”

Since the “alleged conduct” is on video, there really isn’t anything to discuss. Kemp has no wiggle room, and disciplinary action will in fact be warranted.

On August 13, 2019, the county commission was considering a rezoning issue.  Despite having no expertise in land use law, Kemp told fellow commissioners (video) that “I would say as the only lawyer on this board we most certainly can do this.” Since Kemp was giving legal advice, it can be argued that she was practicing law without a license in this instance.

Kemp’s actions in this particular instance also creates another problem because Kemp is not legal counsel to the board. The Hillsborough County charter section 6.02(2) makes the County Attorney responsible for “providing legal advice and counsel to” the commission.  Confusing fellow commissioners and the public about who provides the legal advice to the commission is undesirable in and of itself, but could also potentially create legal exposure. 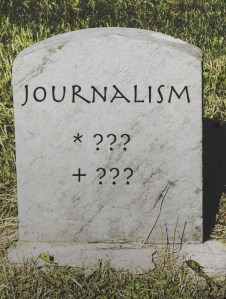 An unpaid citizen journalist who writes for the Tampa Bay Guardian filed the bar complaint. This is the first time in our history that we cover something that we initiated. We only did so because none of the four major Tampa Bay area news outlets that we showed the above facts to decided to report on it. Not print, not TV. This even after we laid it out as the open and shut case that it is.

For example, the Tampa Bay Times had all of the above the information a week before deciding who to endorse in the distict 6 commission race between Kemp and Sandy Murman. The Times still endorsed Kemp . That is their choice, but they endorsed Kemp without mentioning the Bar complaint, and the clear case of violations that it is.

Every attorney we spoke to is aware of the Bar’s requirement to not represent yourself as an attorney if your license is not active with the Florida Bar. Therefore, Kemp showed very poor judgment through her actions.

Does Kemp’s poor judgment in these 17 instances give voters reason to question her judgment in other areas? Is the bar complaint relevant to voters deciding who to vote for?