One year ago, the Guardian found that all 12 local government agencies we surveyed incorrectly stated that a special permit would be required for reentry after a hurricane. Many of them still do, including the Pinellas County Sheriff’s Office (PCSO), the agency responsible for the program.

At issue is PCSO’s Emergency Access Permit (EAP) program. The EAP program is PCSO’s program for post-hurricane reentry on to the barrier islands of Pinellas County after the Sheriff has declared the area “safe and secure for entry and reentry” (as allowed by section 34-29 of the Pinellas County Code). However, the EAP program itself is not codified in any state or local law.

Our article last year showing that the public was falsely being told that an EAP was “required” for reentry. This year, we wrote those agencies that still provided this false information to the public and asked  them to correct the information they provide. We did so at this time because June 1st marks the beginning of the Atlantic hurricane season.

The City of Treasure Island saw the problem with a government agency saying that something is required when it isn’t. Treasure Island City Commissioner Ken Keys wrote in an e-mail that he would “make sure to remind the interim city manager to have our IT professional remove the inaccurate information.” The information was subsequently removed.

Madeira Beach city manager Shane Crawford responded that he told  all “employees via email that what is to be conveyed to the public is that they are NOT mandatory” and that both employees and volunteers “are to stress that it is a county function headed up by the Sheriff’s Department and it is not an institution of City government.”

However, both PCSO and Pinellas County continue to falsely tell the public that an EAP is “required” for reentry after a hurricane. We received no response from either agency to our e-mail four weeks ago asking them to correct the information on their websites.

When we notified Redington Shores Mayor Bert Adams about the false information on his town’s website, the information was changed without notification to us. Compare the information the town provided before our May 4th e-mail (“Emergency Access Permits will be required to re-enter an evacuated area”) to what it says today (“The Barrier Island Reentry Program is voluntary and nobody is required to obtain a permit.  The permit facilitates reentry and we strongly encourage residents and business owners to obtain the permits.”)

We also went to the offices of several municipalities along the beach and were verbally told that an EAP was “required.” When informed that they were giving out false information, several municipal employees told the Guardian more or less the same thing: it’s the Sheriff’s program, and this is what I was told in training. The EAP program is now in its third year.

In a testy e-mail to the Guardian on May 26th of last year, Pinellas County Sheriff Gualtieri wrote “I will say it one more time……the permit is NOT required. You don’t seem to be understanding that the permit is not required.” Yet a year later, his agency’s website continues to say in underlined text that “Emergency Access Permits will be required to re-enter an evacuated area.”

In a news release last month ahead of this year’s hurricane season, PCSO used the same language that was used in previous years’ news releases. There is no indication that PCSO plans to stop using the word “required.”

Most Florida statutes, including the Florida Sunshine Law, apply in full during a declared state of emergency.  But will some people be more equal than others after a hurricane? Hopefully, no hurricane will cause enough damage that we will ever have to find out.

As always, the Guardian reports and the readers decide. Please like our Facebook page to find out when we publish our articles. 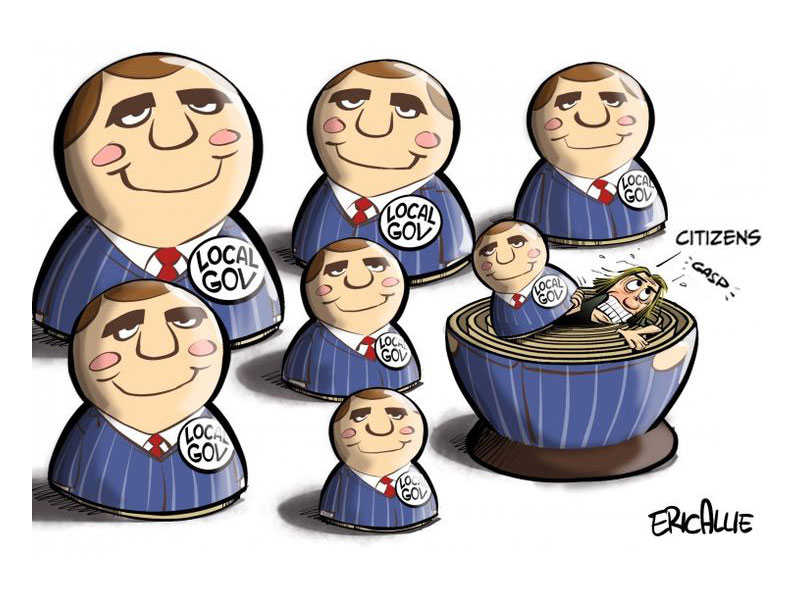