Voters received a mailer from Pinellas County Commissioner Janet Long yesterday. It was a typical mailer, but one thing stuck out like a sore thumb to one of our readers because of the absence of the “paid political advertisement disclaimer” on Long’s mailer. That disclaimer is required by Florida’s campaign financing law.

The disclaimer requirement is the very first thing that Florida’s campaign financing law talks about, indicating that the Florida Legislature thought this particular requirement was important. 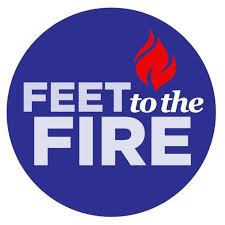 The Guardian contacted Janet Long via e-mail and asked: how can voters trust you to follow the law when this is the second time this year you fail to adhere to Florida’s campaign financing law? We also said that if she had any comments for publication, we’d be happy to receive them.

We did not receive from Long by the time deadline we provided her, so we contacted her opponent for comment instead.

“I would ask the people of Pinellas County what they think of this campaign law violation,” said former State Representative Larry Ahern in an e-mail to the Guardian. “The people trust that their elected officials follow the law at all times, even during campaign season.”

Ahern, an Air Force veteran and small business owner, served in the Florida Legislature from 2010 to 2018 before having to step aside due to Florida’s term limit.  Coincidentally, Ahern won that seat by defeating Janet Long in 2010.

Ahern is running against Janet Long again, this time for county-wide seat 1 on the Pinellas County Commission. Long has held that seat since 2012. 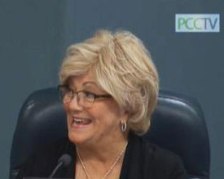 In 2016, Long incorrectly claimed that the Pinellas County hotel tax that is used for tourist development “can be used for transit.”  Florida law does not permit it to be used that way.  Long is a long-time supporter of transit, even though transit use has been steadily declining across the nation for years, and even more rapidly during the virus.

In 2017, Long made provably false allegations during an interview with SaintPetersBlog.Com. In that same interview, Long also called the work of a local transportation agency “bullshit.”

Later in 2017, while serving on the PSTA board, Long called a bus route decision “insane,” even though she has herself voted for it two years earlier. Long did so without acknowledging her previous support for that decision.

Long will turn 76 three days after election day, Ahern is 65. Given Long’s erratic behavior, should her age be a consideration?